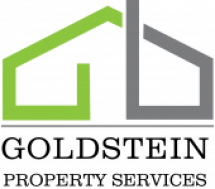 Thousands of landlords could be stuck with unsellable flats or forced to take a big hit on the sale price if the government goes ahead with plans to impose loans on leaseholders to pay for cladding remediation.

Caught up in the cladding and build safety scandal following the Grenfell Tower disaster, they already face rising insurance premiums and have to prove their building is free of dangerous cladding before they sell.

The government has just announced a £2bn levy on housebuilders to help fund improvements, but it’s feared this won’t be enough to cover all the costs, and it’s still considering – and will very likely adopt – forced loans on the affected leaseholders.

Flat owners would have to take on 30-year loans like second mortgages to fix fire safety defects under the new proposals and campaigners fear they could be left in negative equity while freeholders escape the burden.

The Leasehold Knowledge Partnership (LKP) says the move will further blight the market.

A spokesman tells LandlordZONE: “Any putative buyer is going to immediately demand this loan is discounted from the sales price, and very likely a bit more, too.”

Instead the LKP has proposed a levy on housebuilders, cladding manufacturers and a tax on ground rents to establish a fund to remediate these buildings without a pay-out from taxpayers. He adds: “This is being seriously considered.”

MP for Portsmouth South, Stephen Morgan (pictured), had been due to introduce a debate on the subject yesterday in parliament, which was halted due to technical problems, and has vowed to continue fighting for leaseholders’ rights.

He says: “Through no fault of their own, leaseholders find themselves in unsafe homes, unable to sell and liable for huge costs due to cladding. Leaseholders need help. I hope to secure the debate again very soon.”